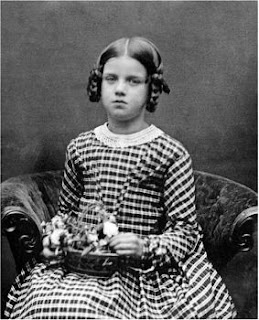 Death and suffering is everywhere!

Over a decade ago, evil terrorists struck the Twin towers (11 September 2001), murdering 3,000 people. This morally evil deed led many to question why a loving God would allow such evil acts. As a result, we produced the earlier version of this booklet, now available online at creation.com/death. And of course, this wasn’t even close to the worst mass murder by evil men or regimes. The evolution-based Nazi regime3 wiped out 6 million Jews and many others (see also Appendix).
Yet in recent years there has been much suffering caused by ‘natural’ evils, i.e. not caused by humans. E.g. a 7 magnitude earthquake devastated Haiti on 12 January 2010, killing at least 220,000. A year later, on 11 March 2011, Japan suffered the magnitude 9 Tōhoku earthquake, which is actually a thousand times stronger,4 followed by a tsunami. An even more devastating tsunami followed a 9.3-magnitude earthquake west of Indonesia on 26 December 2004, and killed over 230,000 people in 14 countries.5
Even these tragedies pale somewhat compared to some other natural evils. For example, in a few years of the mid-14th century, the Black Death (bubonic plague) painfully wiped out an estimated 75–200 million people in Europe, or 45% to 50% of the population. In quite recent times, the devastating First World War, with 9 million killed, was followed by the even more devastating Spanish Flu epidemic. This killed at least 50 million, or about 3% of the world’s population, many of them young healthy adults.6
Another type of natural evil is physical disability or handicap. We can think of Helen Keller, who lost the senses of both hearing and sight when she was a baby, and Joni Eareckson-Tada who was paralyzed from the neck down when she was a teenager.
In addition to the headline events, each of us suffers pain at one time or another—illness, headaches, accidents, and eventually, death. It’s not surprising, when the burdens become too great, that people cry out to God in anguish, “Why don’t you do anything? Don’t you care?”

How can an all-powerful, loving God allow suffering?

As the shock of each traumatic event subsides, people begin asking why such things occur. Reading about past wars or visiting memorials like the Holocaust Museum in Washington, D.C., inevitably raises the same question, “How can there be a loving God controlling the universe in the light of such death and suffering?”
The pervasiveness of suffering is possibly the most effective tool that atheists use to attack the Bible’s picture of a ‘loving God’. Atheists make what appears to be a reasonable complaint: “If God is loving and all-powerful, then why doesn’t He use His power to stop the evil, suffering, pain, and death?”

Multitudes have rejected God because of suffering!

Sadly, most people—even Christians—have no ready answer to the question of death and suffering in the world. Believing that the world is millions or billions of years old, they have a difficult time explaining the purpose behind the apparent cruelty that they see.

Charles Darwin (1809–1882) rejected Christianity after the death of his daughter. “Annie’s cruel death destroyed Charles’s tatters of beliefs in a moral, just universe. Later he would say that this period chimed the final death-knell for his Christianity,” says a recent biography of Charles Darwin. “… Charles now took his stand as an unbeliever.”7
Darwin is only one of thousands of famous people who have struggled with this issue, trying to reconcile belief in God with the death and suffering he observed all around, which he believed had gone on for millions of years. When Charles Darwin wrote his landmark book On the Origin of Species, he was in essence writing a history of suffering and death. In the conclusion of the chapter entitled On The Imperfections Of The Geological Record, Darwin said the modern world had arisen “from the war of nature, from famine and death.”8Based on his evolutionary perspective, Darwin considered death to be a permanent part of the world.9
Darwin himself said in his autobiography:

“A being so powerful and so full of knowledge as a God who could create the universe, is to our finite minds omnipotent and omniscient, and it revolts our understanding to suppose that his benevolence is not unbounded, for what advantage can there be in the sufferings of millions of lower animals throughout almost endless time? This very old argument from the existence of suffering against the existence of an intelligent first cause seems to me a strong one; whereas, as just remarked, the presence of much suffering agrees well with the view that all organic beings have been developed through variation and natural selection.”10

Why death suffering - creation.com
Posted by leszekfigurski14@gmail.com at 6:44 AM