Doctrine of the Church Part 6: Catholic and Lutheran View of the Lord's ...

Posted by leszekfigurski14@gmail.com at 2:39 AM No comments:

Doctrine of the Church Part 5: The Lord's Supper (Biblical Data)

Posted by leszekfigurski14@gmail.com at 9:41 AM No comments:

Posted by leszekfigurski14@gmail.com at 1:36 PM No comments: 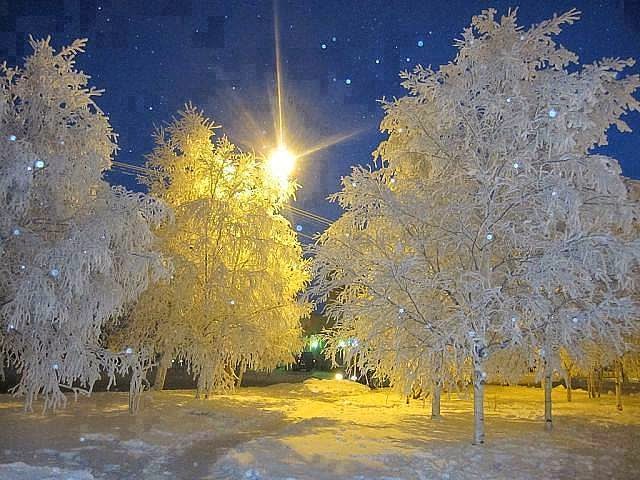 Atheism and  The Values of Man.
The denial of God’s existence  destroys the nature of man , the purpose and meaning of  life and also the objective values . Within the context of atheism  man is  an accidental  bundle of   material particles , transitory conglomerate  which is  destined to live without sense or purpose  and without any direction in life. Life is short  and man  disappears into nothingness. There is no    reason to expect any kind of life after physical death. The  atheists  like F.  Nietzsche , J.P. Sartre , A. Camus  and the new atheists (  R. Dawkins and others)  om their writings openly confess the life as absurd . A person appears  without any knowledge  why, lives  without any solid  ground of values, and  disappears  in to  darkness of eternity.  Some  modern thinkers like   Berdyaev , Paul Tillich  try to  make people  live with courage in the chaotic situation of modern man.

It is important  to realize that  for many persons atheism is something not properly understood . They do not see  the  deep destructive influence of  atheistic attitudes . If God does not exist then any sense  and direction of life is destroyed too . The value of  life , the value of  man, and any sense whatsoever is gone. M. Heidegger in his  book, “Being and Time,” defines man  as  a being-on-to death .   Dostoyevsky saw  very clearly the consequences of atheism  when he said  “If God does  not exist all is allowed.”  This means  that nothing is anymore good or evil better or worse  because all values are simply  subjective matters of taste and nothing else. The  biblical  commandments are   meaningless because  there are no objective values anymore. The objectivity of values especially  moral values  is precisely this that  gives meaning and direction to human life.Otherwise  life becomes  completely  molded  by the desires and plans  of the finite limited man. Man becomes  the supreme lawgiver and creator  of his own values. That is the meaning of Dostoyevsky’s statement  and it is unquestionably true.

It seems that  many people who casually sometimes would say “ Oh ! I am an atheist  or
I am not religious.” do not really understand or realize what actually is the meaning of such statements.  Therefore one has to think very seriously on the  implications and consequences of the statement  by Dostoyevsky:    if God does not exist all is allowed. The second part of this statement is crucial because it implies  the demolition and destruction of anything in human life that one can call good or evil,  better or worse, valuable and useless . It means that  any  valuation  of reality or  man himself , and also his/her actions, are simply  devoid of any  shadow  of good or evil. Man  acts as he/she feels or thinks.  When it comes to values  it seems that  man is carrying in his/her very  nature the contradiction of   inclinations  towards  destructiveness or towards development of life. If there is no God then there is no objective criterion for anything whatsoever to evaluate it in terms of good or evil. The arch enemy of Christianity F. Nietzsche   wrote  openly  that  man’s life  should be  lived  beyond good and evil .  In his  parables  he  gives the short story of a madman:

Of course this is the story of a madman because God is Infinite Life itself and   cannot  die . However  human beings can live  as if  God died, as if  God does  not exist . They  may even  sometimes  use His name accidentally    but  de facto their live is completely materialistically oriented, and  everything they do or think  does not   have anything to do with God and His will and plan for  human beings .
If  everything is allowed  then obviously there are not objective value at all. Everyone  is completely free  to do whatever he/she thinks in a definite situation.  whatever  seems to him/her  as desirable for some reason or other.  Words  such as  moral responsibility, virtue or criminality  and all other  expressions of   evaluation of human action as morally good or evil must rejected.

Since God does not exist, therefore  no eternity, no ultimate meaning of life , no ultimate purpose, no  value and consequently no direction of any kind whatsoever .

Within  the concept of atheism  the very  value of human beings  is an illusion . Because  man is just one of the many forms of living matter, and his life is not more valuable or important  then the life of a mosquito or a rat. Man appears accidentally , lives not knowing why , or for what and after a very short life disappears into nothingness .  The value of man is only  his/her possibility to be exploited  for some dictatorial principles of such people like  Caesar ,the  Pharo and in modern times Hitler, Stalin and such “great leaders.” If   the individual does not agree with the regime of  the dictator he/she  is a nuisance and is eliminated sometimes on a mass scale. When the individual gets old or sick,  he/she becomes a  burden to the social welfare and  an obstacle for a new younger generation.

Conclusion : Man must be eliminated too. Such  means of extermination like abortion, euthanasia , assisted suicide are simply effective ways  to  keep  the society young and active.

The law is made by those who are in power . It is flexible and dependent on the social structure which is always built on exploitation of the poor  for the interest of the reach.

Without God and His  will    revealed to humans the basis of the value and meaning of human existence is simply meaningless and absurd as many existential  thinkers confess.

Those are some consequences  of atheism.

Distanceprofessionallearning (http://www.dpl21.com) launched a new website featuring a number of  articles, academic topics in philosophy, religions, languages ,the website contains links to various scientific sources.The website is compatible with mobile devices, allowing easy access via smart phones, tablets and personal computers. The website contains links to Facebook, Twitter, and others.  If you have any questions or  problems share with us so we can look for solution together.

Posted by leszekfigurski14@gmail.com at 11:35 AM No comments:

Doctrine of the Church Part 3: Baptism as an Ordinance

Posted by leszekfigurski14@gmail.com at 6:05 AM No comments:

Audio Lectures in Philosophy I

What is , if any the meaning of human life?

Content: 1. The inevitability of death
2.  Is there any sense to believe in God?
3. Is there any afterlife?
4. Freedom, conscience, and morality.
5. The central question of life and it's meaning.
6.Why examine life?
7. God or no God?
8. Definition of Man.

The personal obligation and duty to start thinking philosophically

The origin of Western Philosophy

3. The greatest Ancient philosophers
Socrates, Plato (The Allegory of the Cave)
Aristotle of  Stagira (384-322 B.C.): The concept of   the four causes and God.

Content:    1.  Life and death
2.  Philosophy: How to live morally good life.
3.  What is  most important  in human life?
4.  Basic interest: wisdom in contradistinction from  common sense.
"An unexamined life is not worth living"
5. The final  words of Socrates to the Athenian jurors:
" You are going to live, I am going to die, what is  better God only knows."

Plato: Teaching on the soul

Content:  1. The Platonic tradition: The preexistence of soul before birth.
2. The Platonic dialogues
3.  The difference between sens knowledge and  intellectual knowledge.
4.  The opposition of Aristotle.
5.  Aristotle's unified vision of the cosmos.
6.  Aristotle's influence on  the philosophy of Thomas  Aquinas.

Content:        1.  Two aspects of Pre-Socratic metaphysics
2.  Heraclitus
3.  Parmenides
4.   Anaxagoras
3.  Socrates revisited:
Passivity and activity of the  mind.Morality
4.  Plato
5 . The Allegory of the Cave (Plato, Republic (  Chapter 7 )
6.  Summary content of Socrates and Plato
7. The Death of Socrates - Apology by Plato

B.   1. Christian adaptation of Aristotelian philosophy and the system of Thomas Aquinas
2. Thomas  Aquinas
3. God as Creator
4. Creatureliness of finite beings
5. The event of  God-Man-Christ

Arguments for  the existence of God

Content:           1. The objections to the  existence of God
2. Search for the meaning human existence
3. Acceptance of validity of knowledge and the natural  dynamism of the human mind.
4. Intelligibility of all reality to the human mind within  limits
5. Metaphysical composition of being - essence and   existence
6. Being is analogical
7. The concept and reality of causality
8. the basic principles of the operation of mind.
9. The arguments for God's existence in  Thomas Acquinas
(a) The Prime Mover
(b)  The First Cause
(c)  Contingency and necessity
(d)   The Supreme degree of Perfection

Content:     1. What is logic (thinking of arguments and arriving at sound  inferences from given premises)
2. Why logic
3. What is an argument
4. Two modes of drawing conclusions
5. Deduction and it's rules
6. Induction
7. Some Fallacies

Posted by leszekfigurski14@gmail.com at 12:33 PM No comments:

Doctrine of the Church Part 2: Baptism as a Sacrament

Posted by leszekfigurski14@gmail.com at 6:33 AM No comments:

Doctrine of the Church Part 1: Baptism

Posted by leszekfigurski14@gmail.com at 10:25 AM No comments: