Can we know anything at all?
Formulating and responding to the challenge of scepticism (the view that we can’t know anything) is often taken to be the central problem of epistemology (the study of knowledge). The most prominent starting points for discussions of skepticism are the works of René Descartes and David Hume, although a more general skeptical argument is often seen in Sextus Empiricus’ Outlines of Pyrrhonism (arguing that we should withhold judgment on all matters of fact, because no matter how we reason for a judgment, there is an opposing judgment that we can reason for in a parallel manner). “Know” is the sixth most common verb in English, and although it is often used in sentences such as “I know how to ride a bike” and “I know your friend Jane,” a large chunk of its use is taken up by claims of knowing something to be the case. One worry about skepticism is that, if true, it would require a dramatic revision in the way we think and talk.

Posted by leszekfigurski14@gmail.com at 7:36 PM No comments:

Science and Religion: Why Does the Debate Continue? 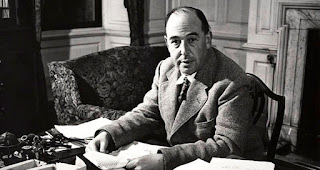 With remarkable economy of time, he was a keen reader, and in 1947 he came across a book translated as Le lettere di Berlicche by a professor at the University of Milan, Alberto Castelli, who later became a titular archbishop as Vice President of the Pontifical Council of the Laity. Berlicche was Screwtape and “Malacode” served for Wormwood. The original, of course, had been published in 1943 as The Screwtape Letters and Calabria was so taken with it that he sent a letter of appreciation to the author in England. Lacking English, he wrote it in the Latin with which he had become proficient since his juvenile tutorials with Don Pietro.
It is annoying how some assume and assert that C.S. Lewis responded in Lingua Latina only because he had no Italian. As a teenager in Northern Ireland, Lewis had become enamored of Dante, beginning with the Purgatorio and that began his fascination with Italian, including Petrarch, having first learned French and Latin, soon to embark upon Greek and other tongues including his beloved Old Norse. He quotes Italian lines from the Paradisio in his Letters to Malcolm. As a youth studying a Latin atlas of Italy, he was attracted to the name of an Umbrian town called Narnia, and put it in his memory bank where years later it bore fruit. Father Calabria knew that Latin would be second nature to an Oxford don. The sermon at the opening of each academic term is preached in Latin in the University Church of Saint Mary the Virgin, with its charming if incongruous Solomonic pillars.
Posted by leszekfigurski14@gmail.com at 7:34 PM No comments: