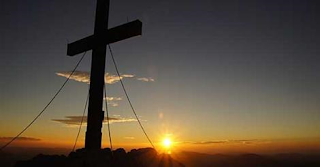 l level for God’s exisThere is spreading conviction that atheism is a kind of religion. The question is by no means trivial and worth examining whether there is any sense in calling atheism a religion. An analysis of atheism and then an analysis of religion will provide a reasonable answer to the question .
What is Atheism?
Atheism is a belief that no transcendent Divine reality of any kind exists. All that exists is mater in movement which is responsible for the whole of knowable reality. Atheists claim that existence of any kind of god or gods cannot be in any way justified by experience or knowledge and therefore is unnecessary deviation of human interest. Some atheists add that religion is not only obsolete historically but it is a positive source of evil because in the name of god persecutions inquisitions , burning people on stakes or even sacrificing children to the divinity are historical facts. Believing in God is therefore something mankind has to leave behind. The real future of humanity is guaranteed by steady progress of science , technology and the conquest of cosmos.
What is Religion?
Religion is a belief that besides the visible universe and it’s multiple forms of development there exists the real fundamental , transcendent source and creator of all finite beings and the existence of this creator explains the fundamental questions of the human mind: Why is there a universe at all? Why not nothing rather than being? Who or what is man? What should man believe, what can he/she know, what should he do with his existence and what is his final destiny. The essence of religion is it’s power to answer the questions not only of time but also of eternity. All genuine religion has definite answers to what happens after physical death. The crucial point in religion is not only that there must be some First Cause , First Mover, and a Cosmic Mind but most importantly that there exists a Personal God and a God who in some form or other revealed Himself and His intentions to humans . This is why the three monotheistic religions: Judaism, Islam and Christianity are deserving the name religion. Of course religion make sense only if God really exists otherwise it is something superfluous and obstacle to the progress of scientifically growing human family,
From the above it is obvious that atheism cannot be in any rational way called religion of any kind. Why?. Because it is a pure negation of any personal transcendent creator or redeemer . Nobody within his/her senses would pray to or worship subatomic particles , the force of gravity or the expanding universe.
However human beings fabricate their own idols that is pseudo gods like progress, patriotism, the reign of , superior race etc. For those idols millions upon millions of people die throughout history . There were self proclaimed gods, the Roman Caesars, The Japanese Emperor , father Stalin, the great leader Hitler who promised thousand years of German domination of the world. Such ideologies perhaps could be in a very broad sense called religious , since they demand again and again a holocaust of millions of human lives. Religion contains a living relationship between God and humans and in this relationship the position of humans is creature-hood . Since all humans are creatures they expect some sort of salvation from the prison of time , space suffering and death. For example Christianity offers to the believer salvation into eternal life offered freely by God who became human and through His salvific actions opened the perspective and promise of eternal life which is the complete fulfilment of human desires of happiness.
Atheism is the product of a theory of knowledge which limits the capacity of the human mind only to the visible measurable and somehow discoverable by senses . This limitation of human knowing must necessarily lead to some form of skepticism and materialism. Therefore atheism by no means can be called religion.


Atheism does not answer any of the fundamental questions mentioned above. The claim that science makes God obsolete has no scientific or philosophical justification. The crucial question here is whether God exists or not because one part of the question can be true . If God exists then any denial of His existence is fatal to the meaning of human life and also to the very nature of human beings. Atheism therefore has an obligation to justify it’s position not only from scientific view point but also from the point of men’s existential situation. If all human values and all reality is necessarily vanishing into the past without any hope for eternity then of course Sartre is right life and human existence is meaningless and absurd. To come however to such conclusion one has to disregard the nature of the human mind and it’s arguments on the philosophical and revelationatence.
Posted by leszekfigurski14@gmail.com at 7:31 PM