The Kingdom of God Is Within You by Leo Tolstoy Pt. 1 - FULL AudioBook |... 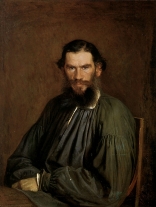 Published on Apr 1, 2013
The Kingdom of God Is Within You Leo Tolstoy - FULL Audio Book | Greatest Audio Books - The Kingdom of God Is Within You (Russian: Царство Божие внутри вас [Tsarstvo Bozhiye vnutri vas]) is the non-fiction magnum opus of Leo Tolstoy. The book was first published in Germany in 1894 after being banned in his home country of Russia. It is the culmination of thirty years of Tolstoy's Christian anarchist thinking, and lays out a new organization for society based on a literal Christian interpretation. The title of the book is taken from Luke 17:21. In the book Tolstoy speaks of the principle of non-violent resistance when confronted by violence, as taught by Jesus Christ. In reading Jesus' words in the Gospels, Tolstoy notes that the modern church is a heretical creation: "Nowhere nor in anything, except in the assertion of the Church, can we find that God or Christ founded anything like what churchmen understand by the Church."
Tolstoy presented excerpts from magazines and newspapers relating various personal experiences, and gave keen insight into the history of non-resistance from the very foundation of Christianity, as being professed by a minority of believers. In particular, he confronts those who seek to maintain status quo: "That this social order with its pauperism, famines, prisons, gallows, armies, and wars is necessary to society; that still greater disaster would ensue if this organization were destroyed; all this is said only by those who profit by this organization, while those who suffer from it -- and they are ten times as numerous -- think and say quite the contrary." (Summary from Wikipedia.org)
- SUBSCRIBE to Greatest Audio Books:
Posted by leszekfigurski14@gmail.com at 6:12 PM