Finality as Participation in an Idea 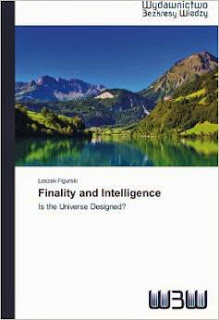 Finality as Participation in an Idea

With the self-determined finality of an intelligence the idea is consciously and properly in an intrinsically immaterial mode present to the mind, whose product it is, as shown in Chapter IV of this work. All other modes the idea takes, are deficient, improper, analogical modes of its presence. Because of that they are derived from intelligence since whatever perfection indicates a gradation, a participation, does not derive from itself. The being which possesses such perfection has it as taking part in it, as a partaking, and consequently there must be some other which possesses it on its own, which is the source of that perfection and consequently its origin. (St. Thomas says in Summa theologica, Ia, q. 14, 2: “The intelligible form is the divine mind itself, understanding itself by and through itself.”)
Finality, as participation in the order of the ideal or the intentional, indicates that all reality is pervaded according to degrees by the presence of idea, which in turn points to the presence of some mind. St. Thomas explains:
It must be then, that the species of things caused and intended by the intellectual agent exist beforehand in his intellect, as the forms of artifacts exist in the intellect of the artist and are projected from there into their products. So, all the forms that are in the lower substances and all their motions are derived from the intellectual forms which are in the intellect of some substance or substances. Consequently, Boethius says in his book The Trinity that “forms which are in matter have come from forms which are without matter. And on this point Plato’s statement is verified that forms separated from matter are the principles of forms that are in it. Although Plato claimed that they subsist in themselves and immediately cause the sensible things, we assert that they exist in the intellect and cause lower form.”70
“So, then, it is not difficult to see how natural bodies, devoid of knowledge are moved and perform actions for an end. They tend to that end as things directed to it by an intellectual substance.”71
All finality presupposes the intentional presence of an idea and thus since all reality is finally determined it participates in idea. The modes of this participation in idea are (1) most proper and perfect: self-determined and conscious mode of participation (originating finality); (2) derivative analogous mode which again may be subdivided into conscious but not self-determined (animals endowed with sense-powers) and neither conscious nor self-determined participation in idea in the non-cognitive beings. Finality proves that the idea can be present in a deficient incarnate mode of presence in the lower forms of intentionality. It is a graded participated mode of existence of the idea outside the mind. As O'Mahoney so well expresses it:
The world is saturated with idea, with spirit, with law: it is idea crystallized, thought materialized, law realized. The Mind reflects back this inherent intelligibility of things. It answers to the dynamism of reality. It is the term of the evolution of things…Matter, that is, “materia prima,” is as such purely indeterminate, the merest limit and negation. But the moment it has idea towards which it tends insofar as that is possible, it has the germ of activity and prophetically the guarantee of its intelligibility… Mind is the truth of nature.72
Posted by leszekfigurski14@gmail.com at 2:37 PM